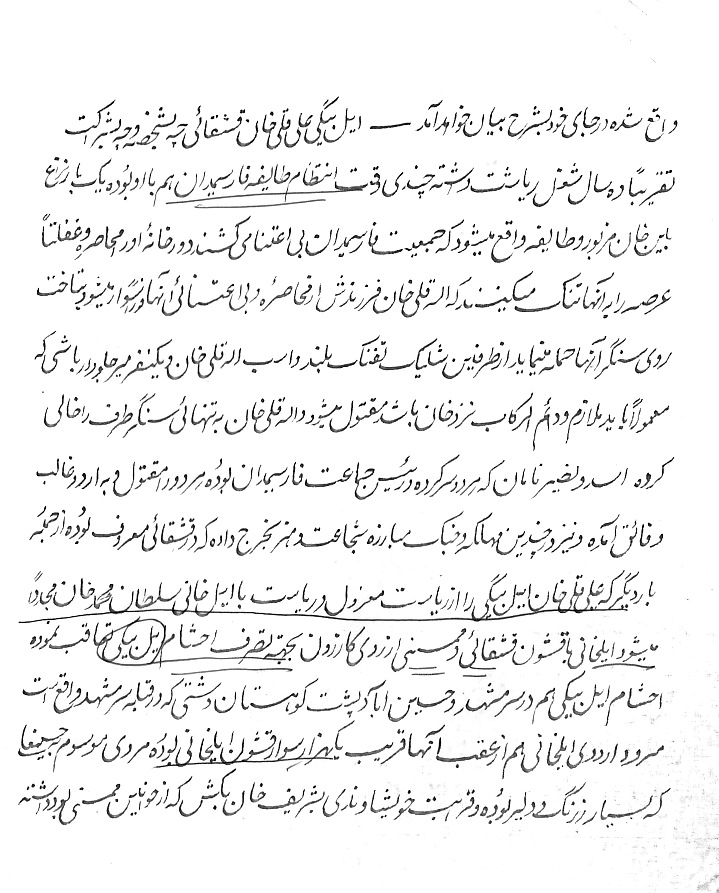 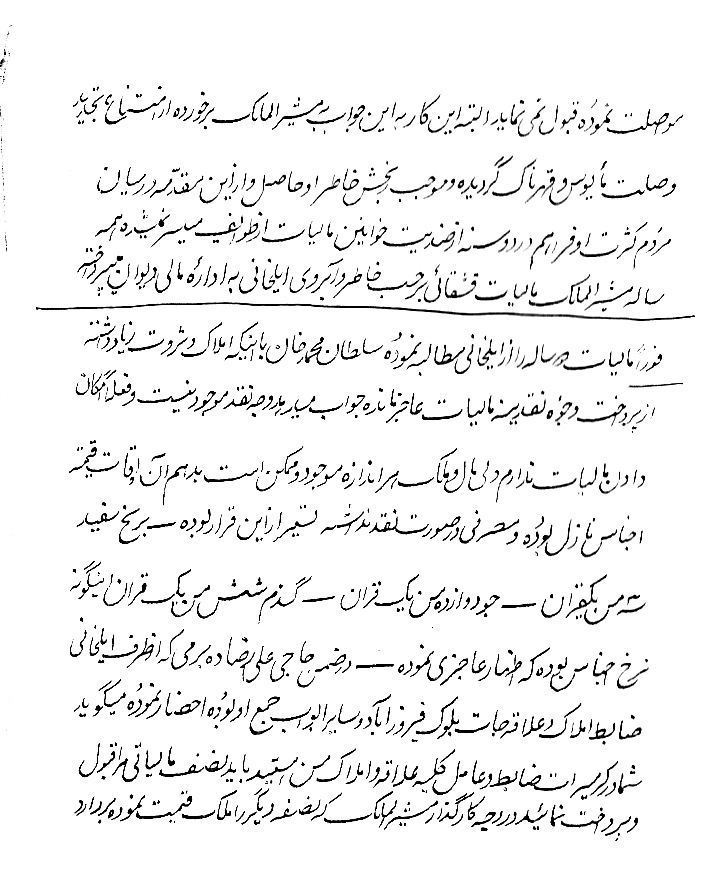 A Short Historical Overview
(A Meta-narrative?)

Turkic-speaking pastoral nomadic tribal groups began entering central and southern Iran during the eleventh and twelfth centuries. Historical movement of larger and smaller groups of pastoral nomadic households of different ethnic backgrounds, including Turks, into and out of the Fars region continued up to the nineteenth century. The Qashqai, as a large tribal unit, dates back at least to the early eighteenth century, when some Turkish(Turki)-speaking tribal groups in the region existed under the name Qashqai and leadership of the head(s) of a certain lineage called Shahilu. 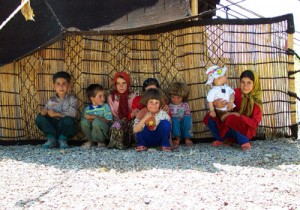 During the nineteenth century the Qashqai was gradually transformed into a large tribal confederacy composed of, mainly, Turkish-speaking pastoral nomads. Their summer pastures stretched to areas in central Iran, and their winter pastures to areas close to the Persian Gulf. Many Turki(Turkish)-speaking tribal groups, as well as groups belonging to other ethnic groups in the region, were integrated into the Qashqai. The non-Turk groups, in time, adopted the language and other ethnic identity markers of the Qashqai. Perhaps more than a quarter of the region’s population was pastoral nomadic about mid nineteenth century.

Generally speaking, during the nineteenth century the Qashqai became increasingly, though with ebbs and flows, hierarchical and centralized. Its official political hierarchy was part of the regional state structure for purposes of ‘tax and order.” Growth of political centralization and expansion of Qashqai population and territory in this period paralleled changes in the larger regional political economy. There was an increasing articulation of the region’s political economy with the world market. This process included rise in production of agricultural and pastoral products for the market and consumption of imported goods, growth in monetization of the administrative system and the economy, relative centralization of the state apparatus, spread of private forms of land ownership, and expansion of mercantile, financial, and landed capital. Though Iran never became an official colony of either Russia or Britain, Fars and other regions in southern Iran were under the economic and political influence of Britain during this period.

The economic changes mentioned above were unevenly effective among the region’s various local communities, including various Qashqai groups. The whole nineteen century transformation process was complex, uneven, and paradoxical. Alongside Western political and economic sway, the modern Iranian nation and nationalism gradually emerged. Likewise, parallel to the emergence of the Iranian nation, some modern Iranian ethnic groups took their beginnings. In Fars, abreast the general trend of expansion and centralization of the state and some tribal groupings, dispersion of some other larger tribes, internal tribal strife and acts of rebellion, brigandage, and “lawlessness,” especially in certain periods, intensified.

There are other non-Qashqai but Turki-speaking communities in Fars. Three out of five large tribal groups that were formed into the Khamseh confederacy of eastern Fars in the second half of the last century are Turki-speaking, so are many smaller settled and semi-settled communities throughout Fars. These three Turki-speaking tribes of eastern Fars (sometimes referred to as “Turk-e Arab”), regarded themselves as culturally close to the Qashqai, and generally sided with the majority of them in some of the major social dramas of the region’s history during the nineteenth and twentieth centuries. There were many small Turki-speaking settled rural communities scattered throughout Fars, but for many Qashqai these were not considered to be “Turk proper,” and in some context referred to them as Tajik or Tat (non-tribal peasants). Ethnic and tribal affiliation shifts were common historical phenomena, so were nomads becoming peasants or peasants becoming nomads and joining tribal groups. 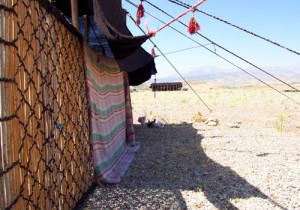 i) There was a hierarchical formal administrative structure which integrated the Qashqai with the state structure (for taxing and “order” purposes).

(vii) The political field at local, regional, and national levels was characterized by a flexible system of alliances and counter-alliances. Over time, many individuals and groups changed their political and even tribal and ethnic affiliation.

Flexibility of alliances was even practiced during the course of social dramas, sometimes suddenly in the climax of dramas. Narratives of so many social dramas point to moments of impromptu change of political side, not only by main actors, but also by the larger population, who are the audience, but also actors. Regional alliances normally contained urban, nomadic, and rural forces.

The Qashqai were active participants in the country-side political space. Their migratory routes pass by the region’s capital, Shiraz. In many regional and national upheavals, both during the nineteenth and modern (twentieth century) eras, the Qashqai also took part in the dramas staged in urban political space.

Modern Period
A transitional or liminal period, covering the first quarter of the twentieth century, dramatically divided the Iranian “premodern” and “modern” historical periods. The economic, political, cultural, and social backgrounds for such a transformation were set in the nineteenth century, particularly its later decades. But, it was during these dramatic quarter-of-a-century-long years of the Constitutional revolution and the First World War, that Iranian nationalism was communicated to larger segments of the society. In Fars and among the Qashqai, during the nationalist and anti-British movement of the war years modern ideas on national identity were disseminated, contested and reconstructed among the larger population.

During much of the twentieth century, the expanding and centralizing modern nation-state dominated the Iranian political field. Populations with a tribal and/or minority ethnic background were diversely reconstructed and transformed in a context characterized by various discourses on nationalism–combined with new ideas on the state, ethnicity, Islam, popular participation, social justice, gender relations and progress. This trend, part of a larger process of change usually termed “modernity” (or rather multiple and contested modernities) intensified and expanded since the sixties. Similar to many other dominantly non-urban populations in the country, incorporation of Qashqai masses in the national politics as Iranian citizens has further augmented during and after the Islamic revolution of 1978-79.

Sedentarization of Qashqai nomads, and rise in their involvement in non-pastoral and new economic activities, has intensified since the nineteen sixties. Presently, the Qashqai form mainly settled and semi-settled households. Settled Qashqai are dispersed throughout the region, but mostly in rural and urban locations in north-, mid-, and south-central Fars. There are some Qashqai who reside outside southern Iran, and indeed throughout the global village.

Qashqai population of today is estimated to be over one million; up to a million and half. The definition of who could be, or is considered Qashqai, is contextual, multiple, and variable in time and space. This estimate is based on a more inclusive definition. There are no “reliable” statistics on the changing divisions into settled, nomadic and semi-nomadic components.